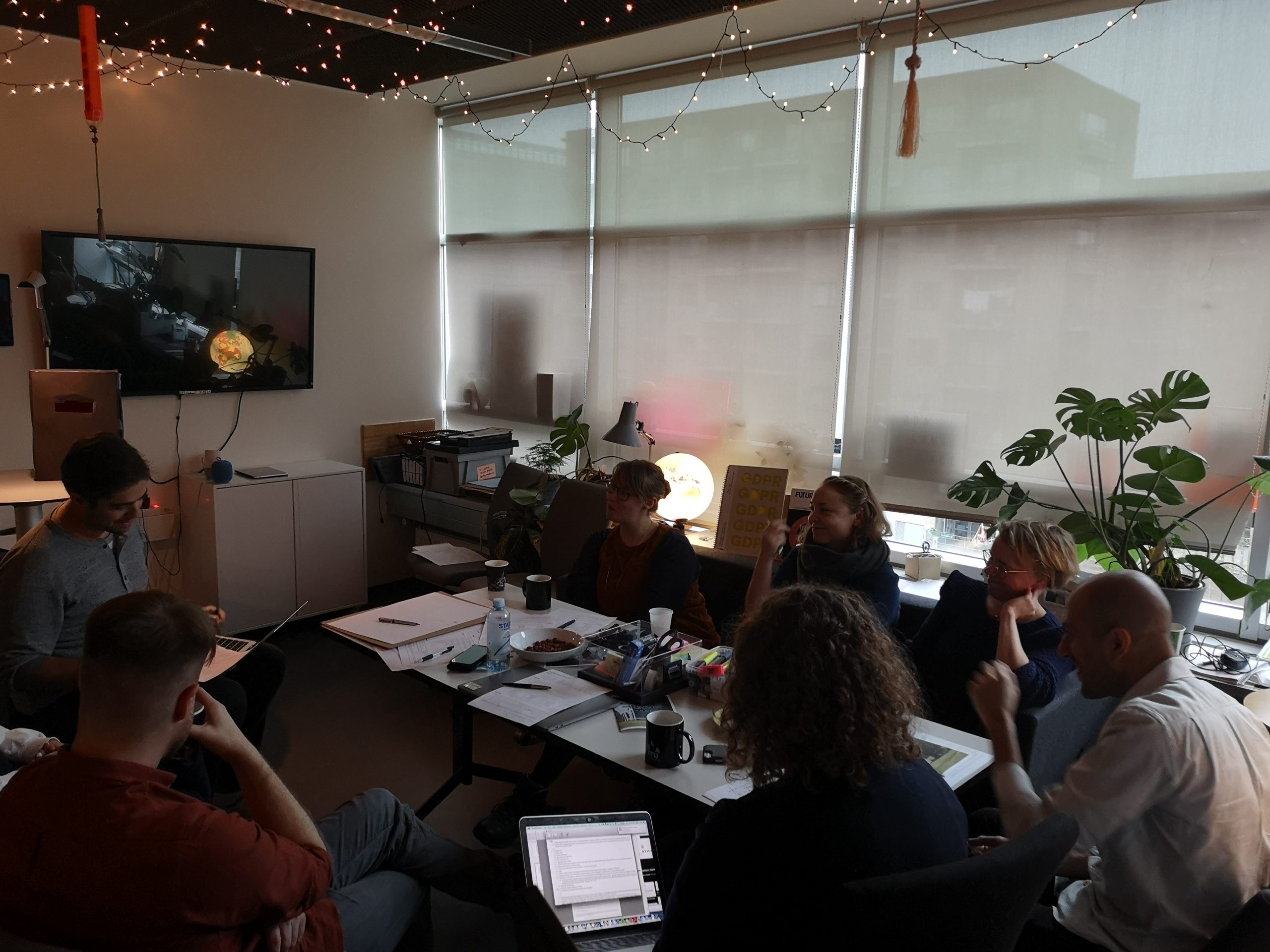 Upon Not Opening the Black Box: Beyond Data Use and Non-Use

On May 24 2018, the eve of the General Data Protection Regulation (GDPR) coming into effect, ETHOS Lab marked the occasion with an interactive installation called Compliance. Compliance consisted of a giant plastic bubble, blown up by an air pump, and the bubble housed a sofa and a table with an IoT device reciting the GDPR in a soothing voice. Compliance was the coveted space of, well, compliance, in these uncertain, anxious and exciting times of GDPR. To enter Compliance, you had to undertake, and document, an act of deletion of a personal data item. This ‘deletion’ was slotted into a black cardboard box. The installation was located in the atrium of the ITU, and many of the visitors were students from the university or guests attending the conference of the Danish Association of Science and Technology Studies (DASTS). One by one, people were deleting selfies, text messages and spam email from their phones (most deletions were of digital data, though that was not a requirement!)

Data traces, which were contained in a black cardboard box, from the Compliance event were subsequently processed by the lab at a workshop on 27 November 2019. We came to call this work the ‘Unboxing Workshop’. The purpose of the workshop was to sit together as a lab with various members and open up a black cardboard box containing slips of paper, on which participants in Compliance had written down what they deleted before entering the bubble. Thereby, the lab would be taking the first steps to finally do an analysis of this data that we had held on to for over a year. We were just opening a box and looking at data; it seemed like minimal planning was required to organize and prepare for this Unboxing Workshop, as we were just going dive straight into data and get our hands dirty.

That is assuming we would open the box.

Which we did not!

The Unboxing Workshop had very little structure to it, and this was intentional. We, the organizers (Simy Kaur Gahoonia, Marisa Cohn and Pedro Ferreira), adopted dramatization to drive the discussion, which would be the main component of the workshop, somewhat. We took on roles of Lab Manager, Data Consultant, and Data Analyst, respectively, as a way to prompt certain avenues of thinking and antagonize our positions on the kind of action we imagined to take on the data.

The discussion flowed throughout three acts, which the organizers in their roles initiated. We never opened the box, but, drawing on the ambiguous ontological status of (yet unexamined) data, we had a discussion about the value of data, its use and non-use, as well as how to live with the ambivalence of not opening and not engaging with the database of the black cardboard box further. The discussion was characterized by the lab and its inviduals continuously negotiating social contracts about our further conduct with the data, which moved beyond positions of use versus non-use, perhaps especially helped by the dramatirgical method.