A look at IT-University publications and their affiliation to companies 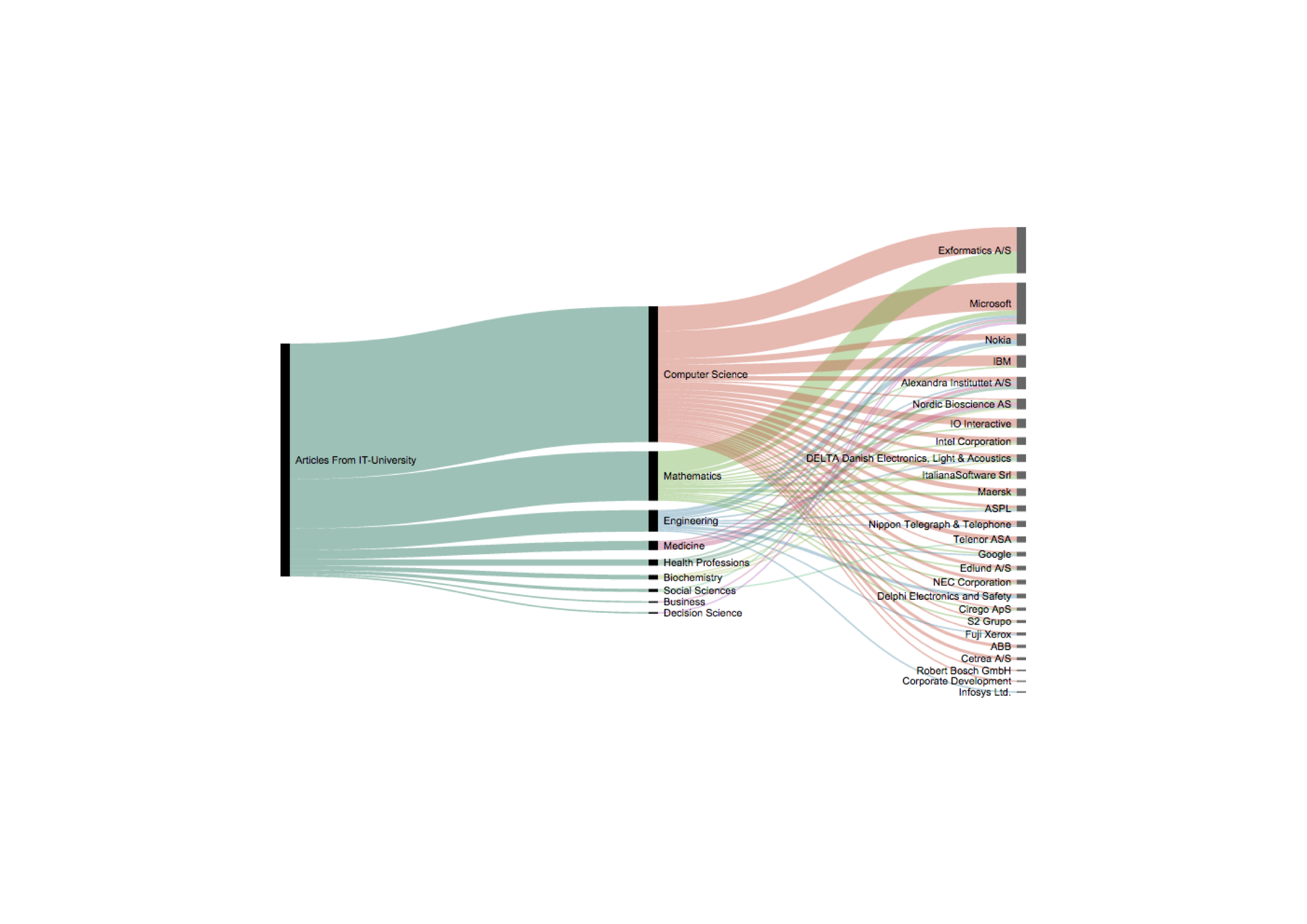 In this month we have been exploring relationships between companies and universities. At the IT-University there are many different ways in which companies are affiliated with the university such as public events, guest lectures, collaboration on projects etc. To get some insights into the topic, we have made a small quantitative analysis of the scientific articles from the ITU to see if these have any affiliation to companies. We have also investigated if there is a tendency towards higher citation counts when papers are affiliated with a company.

In practice we have been looking at the affiliation of the co-authors to every article published from ITU. The data has been collected from Scopus that as they write on their homepage “is the largest abstract and citation database of peer-reviewed literature” (see www.scopus.com).

“The effect of references on persuasion is not limited to that of ‘prestige’ or ‘bluff’. Again it is a question of numbers. A paper that does not have references is like a child without an escort walking at night in a big city it does not know: isolated, lost, anything may happen to it” (Latour 1987: 33).

The bar chart to the left in visualisation 1 shows the distribution of the articles from ITU, in total 1626 articles. From these articles we find that 128 has a co-author with an affiliation to a company.

Visualisation 1 – Scientific Articles from the IT-University. Affiliation and citations.

In the second visualisation we can get an overview of the articles with company affiliation. In this sankey diagram every company that has been affiliated with an article from ITU more than two times has been included.

From this we can see that some subject areas are more likely to have collaborations with a company than others, this is especially the case for the subject areas of Computer Science, Mathematics and Engineering. We can also see that the five companies that are most often affiliated with articles from ITU are Exformatics, Microsoft, Nokia, IBM and Alexandra Instituttet.

Visualisation 2 – An overview of company affiliations

At the ETHOS Lab we think that this kind of analysis and visualisations is touching on some interesting questions. It reminds us that articles can be affiliated with several actors that might have different interests. But it is also interesting to consider how an analysis like this could potentially influence this relationship.

From Law and Urry (2004) we are reminded that social inquiry and its methods are productive:

Imagine if figure 1 had shown that the average citation count was significantly larger when authors had an affiliation to a company. Could this mean that researchers would more actively seek to collaborate with companies or that universities would demand that a percentage of a researchers articles should be in collaboration with businesses? Or could the visualisations from this example be used to argue for the opposite?

We think that it is important to discuss the relationship between companies and universities because it is influencing the materials that students get exposed to and it is a topic that will stay relevant for years to come.